Here are some suggestions what to do on a day in London.

A Royal Day in Westminster – Fascinating stories of love, betrayal, power, and madness – our Royals past and present.
We start the day visiting the Royal Church: Westminster Abbey, meet the Queen’s Household Cavalry, stroll through the beautiful St. James’s Park to Buckingham Palace and see some very old and royal shops on our way to Kensington Palace – the former home of Diana, Princess of Wales and now of her 2 boys and wives: William & Kate, Harry & Meghan.
At the end of the day you will know all about the tragic lives and deaths of past Kings and Queens, but also what does our Queen have in her handbag, does she have a driving license and where does she buy her tea.

A day for History Buffs – You want to go a bit deeper? Find out more about the past of this historic City? Always wondered about England’s great heroes and how all these kings and queens fit together? Let’s walk through the more hidden parts of the City: churches, little parks, and Roman remains.
Then let’s visit 1 or 2 of the following

A day for Art lovers – London and Art go hand in hand. It’s such a privilege to admire the finest paintings and most controversial exhibitions.
We explore Tate Britain and Tate Modern – and taking the Tate boat on the River Thames
We start at the Tate Britain, home to the painting of England’s most beloved landscape painter, Joseph Mallard William Turner, the Pre-Raphaelites, David Hockney and Anthony Gormley. Then we travel along the Thames to the younger sister: Tate Modern. The building is already a work of art, but of course, we will also admire Pablo Picasso, Salvador Dali, Andy Warhol, Gerhard Richter and many more…
Lovely.

A Cultural Day – Visit the British Museum. The Museum. After our journey through various civilizations, centuries and continents, we explore the academic and beautiful surroundings of Bloomsbury. Beautiful garden squares, fascinating literary connections, home of the University of London and famous Inns of Courts. Also nearby is the more unusual Sir John Soane’s Museum.
Something a bit different.

Royal Borough of Greenwich – Much more than just a pretty village. This is the home of time. The home of the Maritime Museum. The home of Cutty Sark, the fastest clipper at its time. Home of the Queen’s House, England’s first Palladian house. A place with an interesting royal past but also a place with breathtaking views, cozy pubs, and a great little market.
Arrive in style by boat on the river Thames and leave by a computerized train through London’s new financial district, the Docklands.
What a day.

Windsor Castle – the place our Queen calls home.
We take the train to the lovely village by the Thames
Visit the castle built shortly after the invasion of William the Conqueror in the year 1066, its state apartments which are in constant use, the breathtaking chapel of St George – home of the Order of the Garter and where Harry married his Meghan! See the Queen’s private tower (sorry, only from the outside) but we might even get a glimpse of Her Majesty’s Jaguar or Prince Phillip’s Land Rover.Walk through Windsor and to Eton, home to the most prestigious school in the United Kingdom, refuge to William and Harry during their teenage years.

Hampton Court Palace – 3 palaces in 1.
A train journey to Hampton Court –
Henry VIII loved it so much, that he spent 5 of his 6 honeymoons here. Some highlights are the haunted gallery where Katherine Howard,, wife No 5 begged for her life, the Tudor kitchen where they fed 100s of people a day, the beautiful gardens with a maze.
A real Royal Day Out. 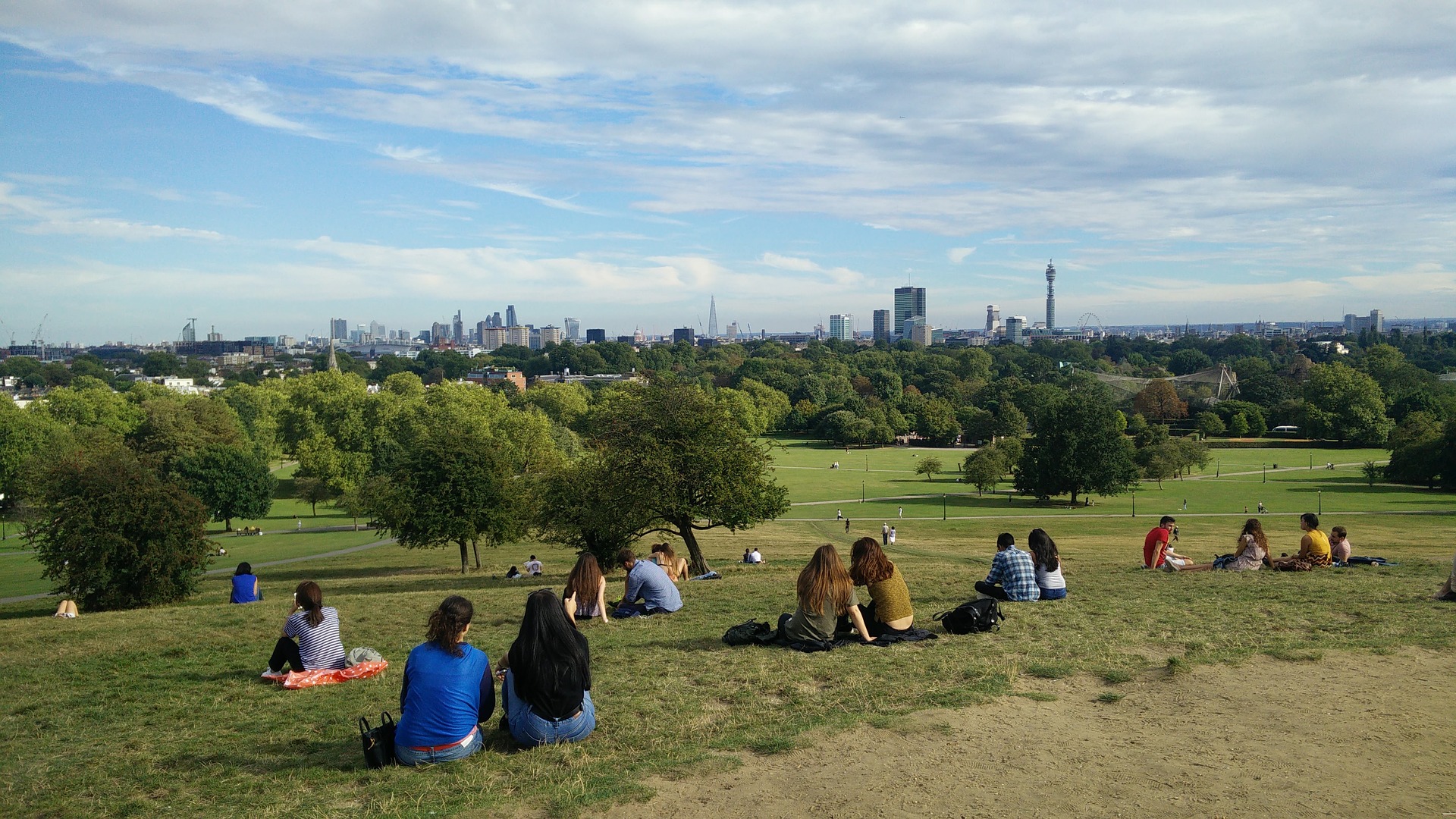 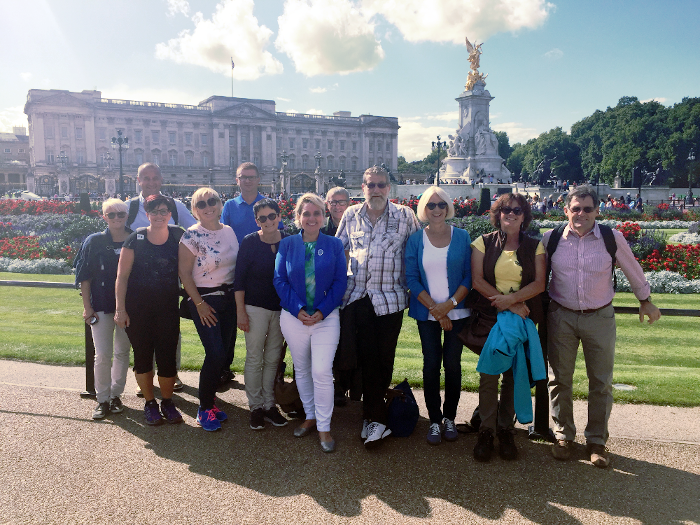 With thanks to Lydia Vasiliev for providing many of the photos for the site.